Per-per-click marketing is always evolving—sometimes in obvious and dramatic ways, sometimes in small and incremental ones. For the most part, 2017 fell into that second category. Though there’s not one, massive upheaval you can point to, there were plenty of little ways in which the PPC landscape shifted—and some of them may be things that you missed.

As we enter a new year—and prepare for further evolution within PPC marketing—it’s good to pause, take stock, and get our bearings. In this post, we’ll offer a brief walkthrough of 2017’s most noteworthy PPC trends and changes.

Perhaps the single most significant PPC trend of 2017 is the increased prominence of PPC ads on the Google search engine results page (SERP). Simply put, Google is injecting PPC results into more and more places on the SERP, pushing organic search results further down the page. The bottom line: To achieve high visibility within a search query, it’s more important than ever before to buy PPC ads.

In fact, you’ve probably noticed PPC ads show up in places you never used to see them—such as in the Google Map Pack. As PPC ads become more numerous, organic listings make up a smaller and smaller portion of the SERP—meaning PPC ads are only growing in value. That’s a trend you can expect to continue throughout the coming year. 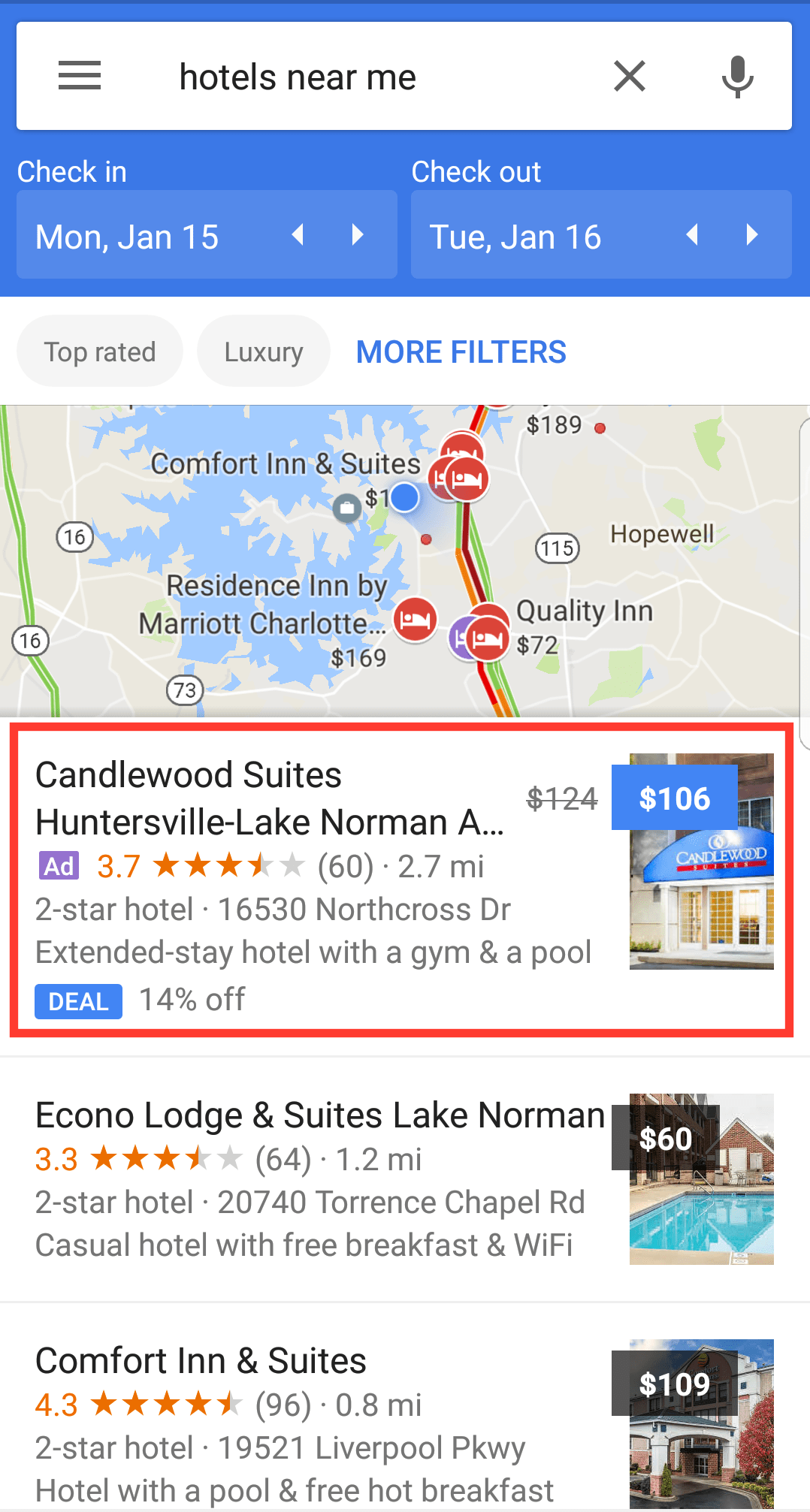 An example of the new "Map Pack" ad placement.

AI and Machine Learning on the Rise

Another of the most significant trends of 2017—not just in PPC, but in search more broadly—was the rise of machine learning and artificial intelligence. There were plenty of examples of Google and Bing folding AI into their various product offerings:

Because of these advances in machine learning, the A/B testing model—in which advertisers run two ads per group, then compare performance—has seen a sharp decline. In fact, Google is actively encouraging advertisers to put this practice out to pasture.

Case in point: Back in August, Google initiated changes that limit ad rotation options. This move encourages advertisers to simply select the “optimize” function, letting AI choose the best ad to serve in a given instance.

In other words: Google is pushing to remove the manual element of A/B testing, letting the machines handle that on the advertiser’s behalf. This is a trend we expect to continue in 2018.

Attribution tracking is something that’s become increasingly difficult for advertisers to grapple with—precisely because there are more devices and more channels than ever before. When Google launched the beta version of its Google Attribution feature, then, it was big news for the PPC world. It’s tough to say just what the impact of this feature will be, as it won’t be fully rolled out until later in 2018—but it’s definitely something to keep an eye on.

2017 brought some other big developments in attribution, too. A couple of noteworthy ones include:

The Big Picture of Search

Taking a step back, it’s important to note that PPC is always impacted by broader search trends—and currently, the big trends are mobile search, local search, and, perhaps most importantly, voice search, all enabled by digital assistants like Siri and Alexa.

These trends will be dominant in search this year, with more and more searches being local, and a large percentage of local searches being driven by mobile devices and/or voice search queries.

2017 brought a few changes that point in this direction:

What About Google Shopping?

One final note: Google Shopping exerted massive influence over retail shopping last year, and reported significant growth in shopping ad spend. The search giant is still playing around with different ways to display shopping ads, and it’s constantly seeking to find new places for its Shopping ad inventory. How Google Shopping will evolve and expand in 2018 is anyone’s guess—but it’s definitely something advertisers will want to keep an eye on.

Preparing Your Ad Strategies for 2018

The overarching conclusion here is that PPC is never static; it changes constantly, and successful advertisers do their due diligence in researching trends and adapting in kind.

That’s almost a full-time job in and of itself, but it’s something the enCOMPASS team can help with. We’re steeped in search and immersed in PPC, and we can help you calibrate an advertising strategy that will get results—even amidst these ongoing changes.

Let’s talk about it together. Contact us at enCOMPASS, and schedule a consultation today.

ready to get started?